By measuring gravitational waves, we hope to learn about systems that cannot be observed with existing means, such as optical, radio, infrared, etc. Gravitational waves can penetrate regions these electromagnetic waves cannot, allowing us to directly observe black holes and other massive objects in the distant Universe. Since the gravitational waves we will observe are generated by very strong gravitational fields, precision measurements of these waves will also allow us to perform unprecedented tests of the general theory of relativity.

A world-wide effort to detect gravitational waves is now underway, with detectors in the United States, Germany, Italy and Japan. The U.S. Laser Interferometer Gravitational-wave Observatory (LIGO) has recently completed the remarkable task of taking one year of data coincident between its three detectors at design sensitivity. This data may contain the first gravitational waves to be seen. Upgrades to the LIGO and Virgo detectors are underway to increase their sensitivity. A new window has been opened on the universe and the detection of gravitational radiation is one of the most eagerly anticipated events of twenty-first century physics.

Through its membership of the LIGO Scientific Collaboration, the Syracuse Gravitational Wave Group is contributing to the search for gravitational waves in LIGO and Virgo data and is helping to develop techniques which will be used to improve the advanced generation of detectors.

To learn more about LIGO and gravitational-wave detection you can browse the Science of LIGO pages. If you are in Livingston, Louisiana, you can visit the LIGO Science Education Center for a hands-on learning experience. 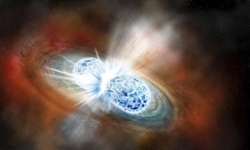 Professor Duncan Brown was interviewed by the Associated Press for a story on LIGO’s historic discovery of gravitational waves from the collision of binary neutron stars. Measurements of the light and other energy emanating from the event have helped scientists explain how planet-killing gamma ray bursts are born, how fast the universe is expanding, and where… 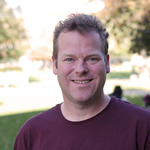 In an article in the LA Times, Professor Duncan Brown discussed the future of multi-messenger astronomy following the recent announcement of the confirmed observation of a neutron star collision by the LIGO-Virgo network and more traditional telescopes. “This is the beginning,” said Brown. “This is the beginning of bringing the entire human toolkit of observations, of… 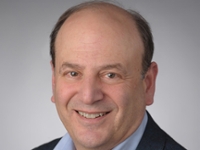 In a recent feature for SUNews, Peter Saulson, Martin A. Pomerantz ’37 Professor of Physics, discussed the importance of GW170817 in cementing gravitational waves as a new tool for exploring the universe. “Whether we’re contributing observations of something that only gravitational wave detectors can see, or offering new understandings of phenomena that have puzzled astronomers…
Read More News